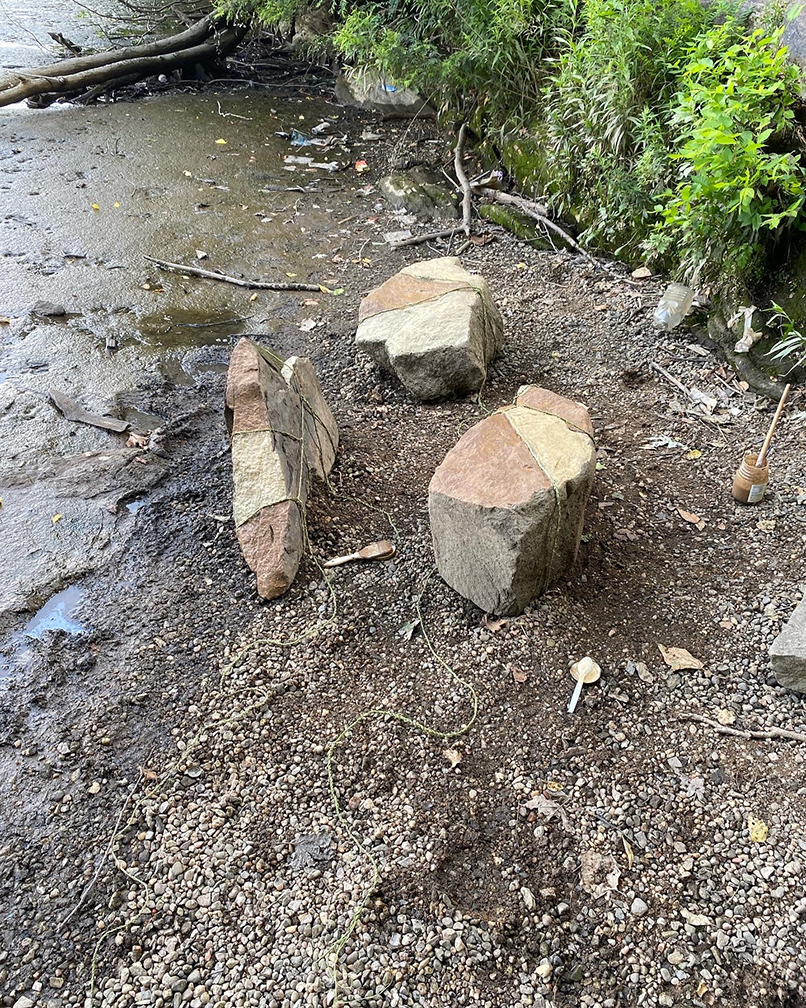 I created the site-specific work Even Stones Have a Sentience for the Queer Ecologies exhibition, co-sponsored by the William Way LGBT Center and Bartram’s Garden. This site-specific work is inspired by my belief that rock queers the binary of what is considered to be living and non-living. Through its relationship with water, rock breaks down and forms soil, which in turn creates the conditions for plant life to flourish. Situated on a living shoreline and made with foraged materials representing elements of that ecosystem–rocks, soil, and plants–Even Stones Have a Sentience will change over the course of the exhibition. All living beings (including humans) interact and express their identities in fluid and unpredictable ways. The ever-evolving nature of this work is queer ecology in action.

As I’ve come to better understand that rocks are a core component of living systems, and learned about the spiritual role of rocks in cultures around the world, it has deepened my belief that they are alive–and that the boundary between what is considered living and non-living is fluid. The concept of queer ecology–or contesting the heteronormative way of engaging with the natural world–gave me a framing for this belief. The title of this work comes from a quote from the writer Terry Tempest Williams. She was referring to recordings made deep within Castle Rock in Utah, which sound distinctly like a heartbeat.