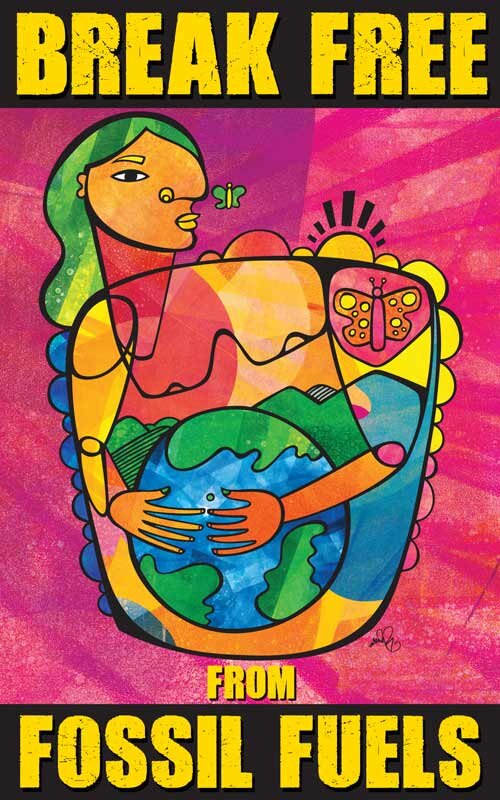 My creative work has frequently focused on gender, including intersections with race, class, culture, and sexuality. In recent years, I have focused more on environmental issues, but have wanted to create work that brings both of these threads together. “Women’s Responses to the Ecological Crisis” will create a forum to look more closely at relationships between gender and environment.

Women frequently face higher risks from the impacts of environmental degradation and climate change, as noted by the United Nations Framework Convention on Climate Change and in this article by the World Resources Institute. A recent podcast by Mama Cash, “Why Climate Change is Sexist,” delves into this conversation as well. The Distance Plan, a journal that brings thinkers and creatives together to promote action on the climate crisis, has a very useful definition of gendered climate impact, which incorporates challenges faced by trans and queer people, who are also adversely affected by a patriarchal framework and stereotypical notions of gender.

The term ecofeminism was coined a few decades ago as a framework for examining these parallels. This article provides an introduction to ecofeminism, as well as outlining some critiques. One of them questions the assumption that women have a closer relationship to the natural world due to their reproductive capacities—an assumption that could be perceived as reductive. However, global research has pointed to the critical role women play in responding to climate change and building sustainable solutions. This article highlights some of the women who have been, and are, at the forefront of environmental activism and climate justice. But, more broadly, including women at all levels of decision-making and action in addressing the ecological crisis is absolutely essential.

I have just started reading Braiding Sweetgrass: Indigenous Wisdom, Scientific Knowledge, which begins with the Haudenosaunee creation story of the Sky Woman and the difference between its conception of the relationship between humans and the rest of the natural world and that of the Judeo-Christian Genesis story. That difference struck me both in terms of ecological awareness and a fundamental understanding of gender.

So what does this all mean to women and gender non-conforming people in a community in Southeastern Pennsylvania? That is one of the goals of the project—to explore how, and if, gender (and all of the other elements of our identify) plays a role in how we envision ourselves as environmentalists.