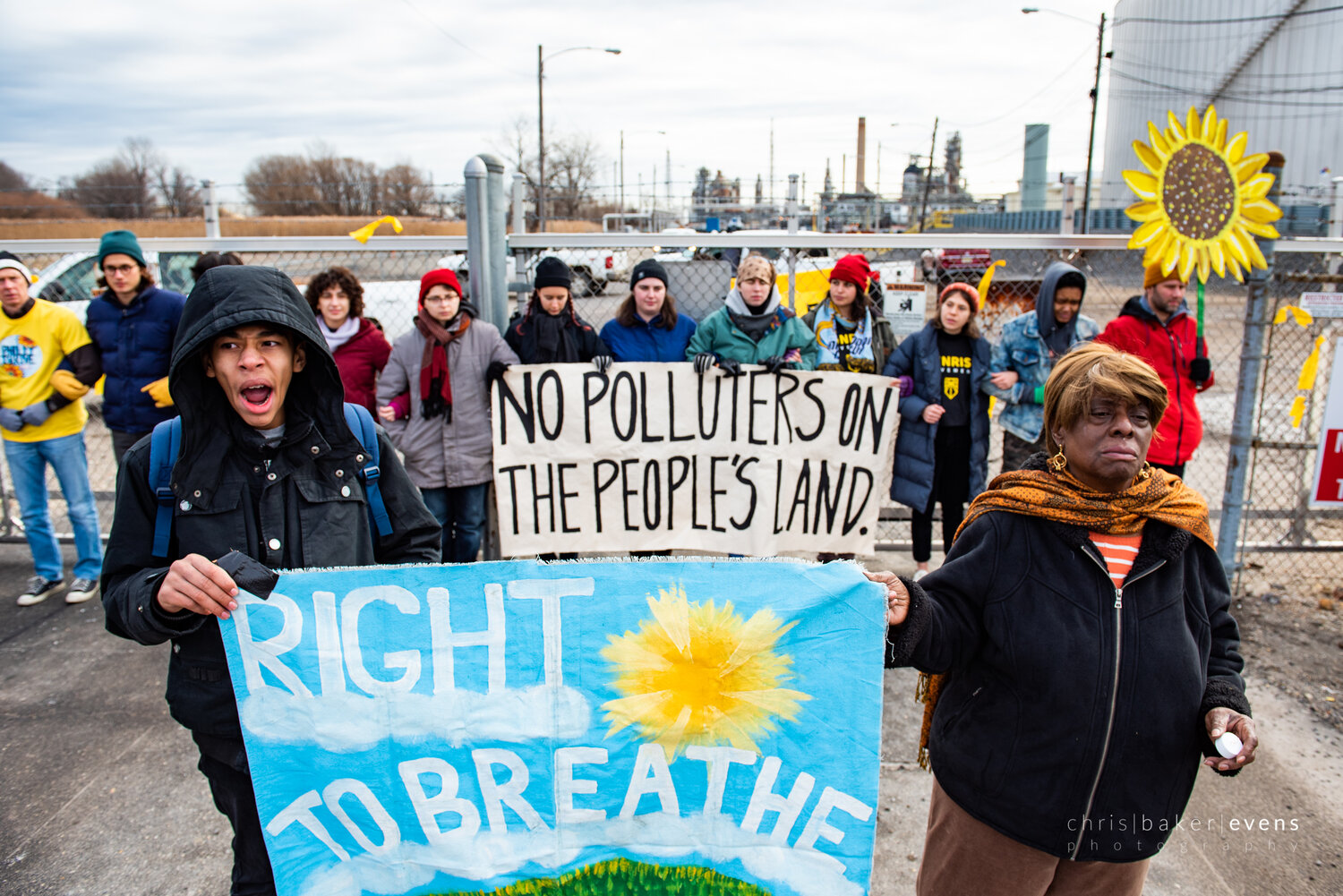 I am currently reading A Billion Black Anthropocenes or None by Kathryn Yussof. This book has helped me make some critical connections. The Anthropocene has been defined as the geologic period during which human activity has been the dominant force on our biosphere. Debates about when this epoch began and its distinguishing features often leave out the role that power and privilege play in defining it. According to Yussof, “To be included in the ‘we’ of the Anthropocene is to be silenced by a claim of universalism that fails to notice its subjugations…” She elaborates further:

“If the Anthropocene proclaims a sudden concern with the exposures of environmental harm to white liberal communities, it does so in the wake of histories in which these harms have been knowingly exported to black and brown communities under the rubric of civilization, progress, modernization, and capitalism. The Anthropocene might seem to offer a dystopic future that laments the end of the world, but imperialism and ongoing (settler) colonialisms have been ending worlds for as long as they have been in existence.”

In other words, cultures and peoples all over the world have suffered ecological crises for hundreds if not thousands of years due to forced removal and displacement from their homelands, exposure to disease, and the brutality of slavery. Yussof goes further, directly linking exploitation of natural resources as the impetus for slavery and relocation of indigenous peoples, and positing that the age of fossil fuels came about as a replacement for slave labor.

Joanna Macy, the eco-philosopher who developed the Work That Reconnects, which I am using as a framework for this project, has in the last few years begun to address the role that systemic privilege and white supremacy plays in environmental movements, including a rewrite of human history that factors in multiple Anthropocenes. This work is called the Evolving Edge.

So what does this important framing of the role systemic oppression plays in magnifying disparities in negative environmental impacts mean for this project? First of all, a project that inspires thinking about preservation of the environment or land conservation needs to ask how this land came to be what it is and who are we preserving it for? To that end, we are conducting research on the history of the land on which High School Park and the Elkins Park train station currently sit, in hopes of acknowledging its original human inhabitants and chronicling its subsequent occupations by wealthy landowners.

It’s also critical to acknowledge that, for many communities, the catastrophic effects of environmental degradation are happening now. Race and class play a determining role in environmental policies regarding land use; as a result, African American, Latino, indigenous and low-income communities bear a disproportionate burden of toxic contamination as a result of pollution in and around their neighborhoods. In Philadelphia, which has the highest deep poverty rate of any large city in the United States, these communities are experiencing a number of negative impacts, outlined in this Philadelphia Tribune article. Furthermore, many members of Philadelphia’s diverse immigrant communities have extended families in their home countries who are on the front lines of natural disasters fueled by climate change. I also want to recognize that our relationship to the natural world is informed by not only our personal experience, but our family and cultural histories. This excellent article examines what can be a fraught relationship between African Americans and nature.

With this project, I aim to bring together members of the geographic communities closest to where I live to engage in a collective visioning process, one that acknowledges and validates individual participant’s lived experience, celebrates community agency, and offers up a mutually supportive forum for the development of actions that advance environmental justice.

To close, here are links to some local organizations working on various aspects of environmental justice–this is by no means exhaustive.

← Environmental Art A Paradise Built in Hell: Creative Re-imagining in the Time of COVID →